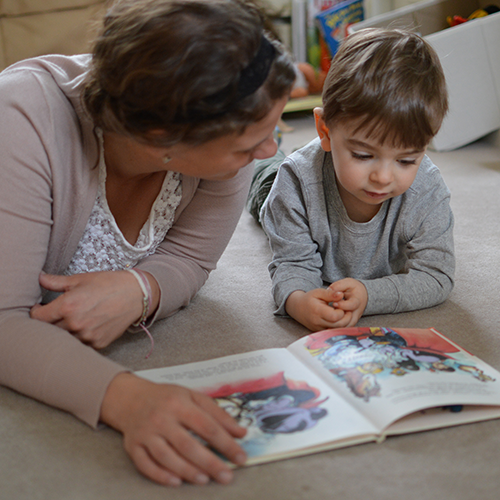 Can they help learning where traditional books can’t?

Every day, there seems to be a new device, app, or website claiming that they can help boost your child’s language skills. But are these claims based in fact? Before investing time and money on these expensive programs, it’s important to know if they will actually benefit your child.

A recent study by Melissa L. Allen, Callum Hartley, and Kate Cain (2016) explored the usefulness of iPads in helping children with ASD learn words. First, they compared how children with ASD and their typically-developing peers categorize pictures. Typically, children categorize objects (in other words, assign a name to them) based on their shape. Allen et al. found that children with ASD pay more attention to object color. This can lead to difficulties in labeling objects with their correct name. For example, a child with ASD may not give the name “apple” to both red and green apples because they are different colors. Knowing that children with ASD process pictures differently, Allen and colleagues investigated if presenting pictures on an iPad would help word learning.

In their experiment, Allen and colleagues taught children with ASD the names of objects using either a single picture of an object, or many pictures of the object in different colors. These pictures were shown on either an iPad App or in a book. When they tested the children to see if they could name the actual objects from the pictures, they found that children scored the same regardless of whether they were taught on an iPad or from a book. The most helpful thing in teaching object names was if the child saw multiple pictures of the object, because it would help them understand that a word can apply to objects that don’t look exactly the same.

What does this mean?

Taken with other studies about using iPads to help children with ASD, Allen and colleagues concluded that there are no clear benefits of using iPads over traditional methods to promote communication. However, many children with ASD enjoy using iPads and may pay attention to them for longer than they would a book. The added incentive to pay attention when using an iPad can help children with ASD engage in an activity, and because iPads were not harmful to learning, Allen et al. suggest that iPad Apps can potentially be useful if they’re highly customizable and allow you to choose your own pictures. Therefore, iPads are not essential for improving your child’s language, but you can make them work to your child’s advantage given enough time and resources.