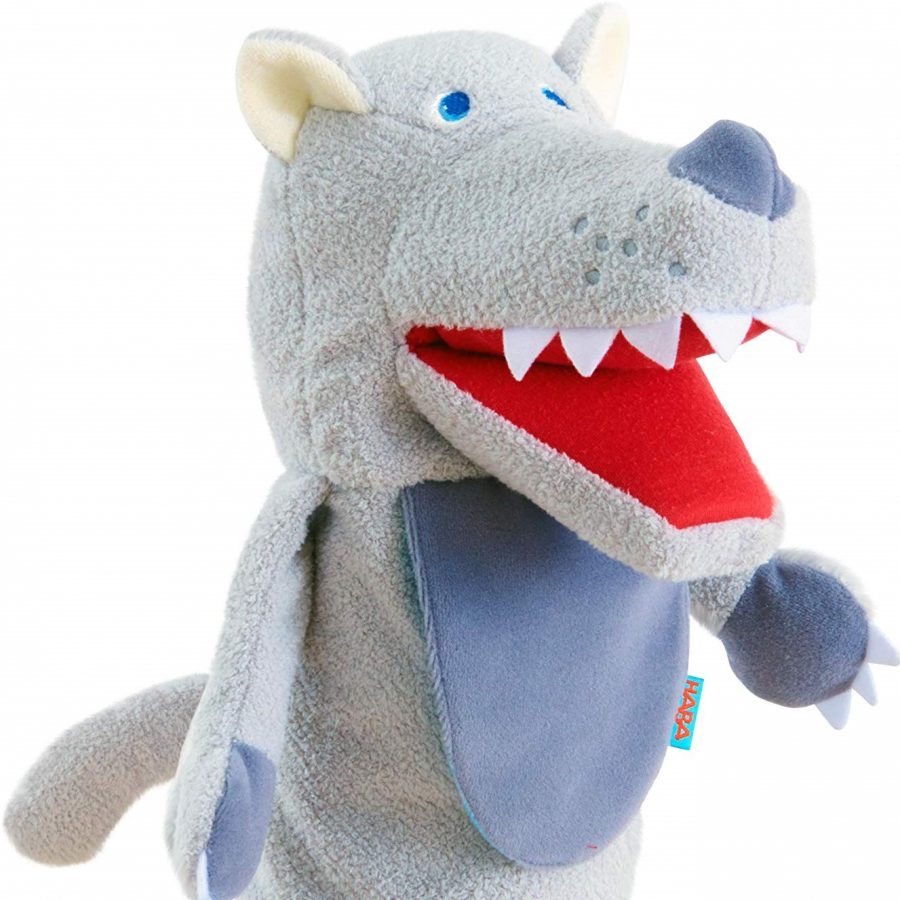 We love puppets at the EIRG because they are a fun addition to playing with pretend food, and they can also span a wide variety of play levels. This puppet is one of our favorites because it can actually eat the food! If your child isn’t quite ready to play with dolls or stuffed animals, you may entice them to do some of those pretend play ideas with a puppet instead. You can start out with our beginning play ideas and move up levels as your child begins to get more comfortable with it. If the play gets too complicated and your child loses interest, try to engage your child again by tickling them with the puppet.