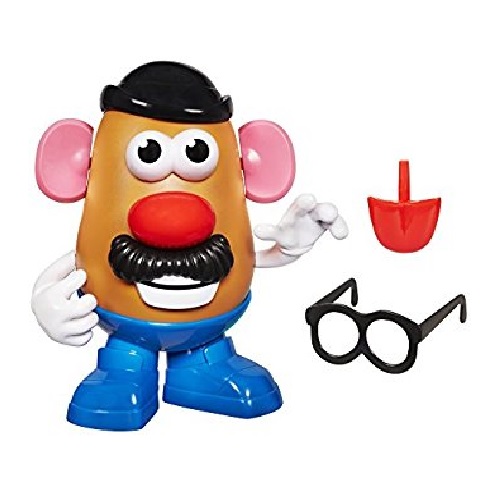 This classic toy seems to be found in every household! He is silly and goofy, and provides endless combinations of silly faces. Some ways we play with Mr. Potato Head are not so obvious though, and we wanted to share them with you! Included in the italics are example words and sentences to use while playing.

As always, check out our introductory toy page here for general ideas for how to best engage with toys and your toddler!