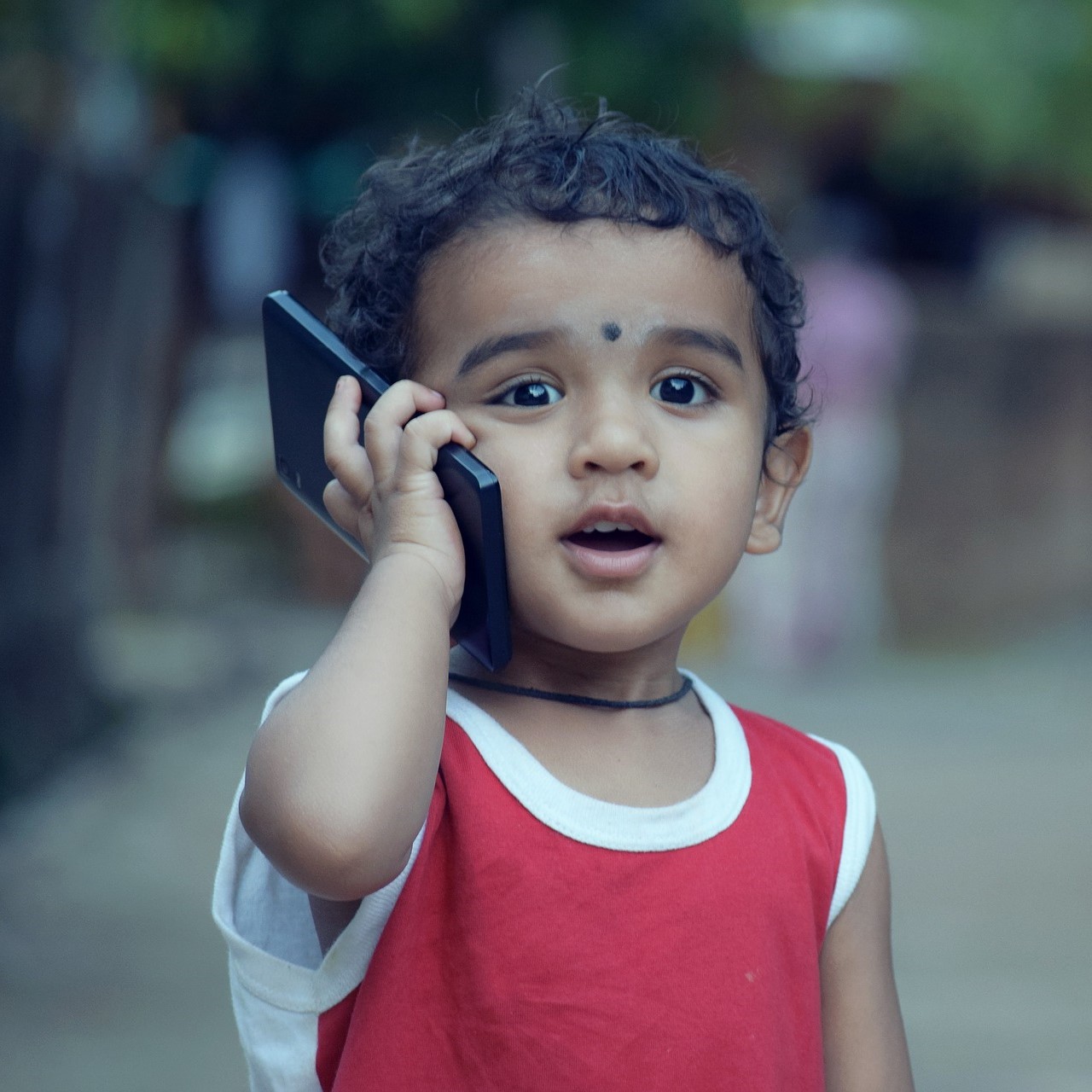 At this Time, Please Silence Your Cell Phones

We can only use hands-free technology while driving. We’re asked to silence our cell phones at the movie theatre. Students are asked to put their phones away during class. Many medical waiting rooms have a no cell phone use policy. But what about when playing and talking to our children? Should we all post “Please silence your cell phone” signs around our home? According to new research, maybe so!

Children learn words during social interactions. One way to help children learn new words is by responding to the child’s interests and contributions. For example, if a child points to a bird, the parent might respond, “I see the bird! There’s a bird in the tree!” These responses are most effective when they are temporally contingent, meaning they occur right after the child’s contribution and are directly related to the child’s focus of attention. With the previous example in mind, we can consider what might happen if a cell phone rang in the middle of the interaction. Would that disruption affect the child’s learning of the new word, bird?

A group of researchers conducted a study with mothers and their two-year-old children to determine whether interruption from a cell phone call affected children’s ability to learn new words. To ensure that the children had never heard the words before, the researchers created two made-up words for this study, frep (had a meaning similar to “shake”) and blick (had a meaning similar to “bounce”). Mothers were trained to teach these words to their child by shaking a maraca from side-to-side (frepping) and bouncing a toy doll up and down on their knee (blicking). They were given one minute to teach their child each word by playing with the corresponding object (e.g., “Look, I’m blicking the baby! Blick, blick, blick.”). To determine whether a cell phone interruption affected the child’s ability to learn new words, one word was taught without interruption and the other was interrupted by a 30-second phone call in the middle of the one-minute teaching period.

How did the researchers know if the child learned the word?

After the two teaching periods, children watched a video. During the video, one of the new words was stated and then two scenes were presented side-by-side. One scene showed an action similar to the words that were taught and the other showed a completely different action. The researchers videotaped each child’s responses and measured the child’s eye movements. Previous studies have shown that we can use a child’s eye movements to measure their understanding of words (Golinkoff, Ma, Song, & Hish-Pasek, 2013 as cited in Reed, Hirsh-Pasek, & Golinkoff, 2017). If the child understands a word, they look more at the scene that matches the word.

Children were more likely to have learned the new word taught during the uninterrupted teaching period than during the teaching period that was interrupted by a cell phone call. The researchers found that children heard the words a similar number of times during the interrupted and uninterrupted teaching periods, so the number of times the child heard the word did not account for the differences in word learning. Therefore, it seems that the cell phone interruption made it more difficult for children to learn new words. This may be because the phone call disrupted the social interaction and the temporal contingency of the parent’s teaching. In other words, the phone call did not simply “pause” the interaction. Rather, it disrupted the quality and flow of the interaction.

Should we get rid of our cell phones?

Cell phones are a major part of our lives. To stop using them completely is unrealistic. However, setting aside a dedicated time during the day to, “Silence your cell phone,” and sit down with your child to play together will improve the quality of your interactions and help your child learn new words. Your family also might consider setting phones aside while on family outings and during meals, as these are valuable times for social interaction and learning. Cell phone interruptions will happen, but the more you can limit them, the easier it will be to help your child learn new words and learn how to communicate with others!