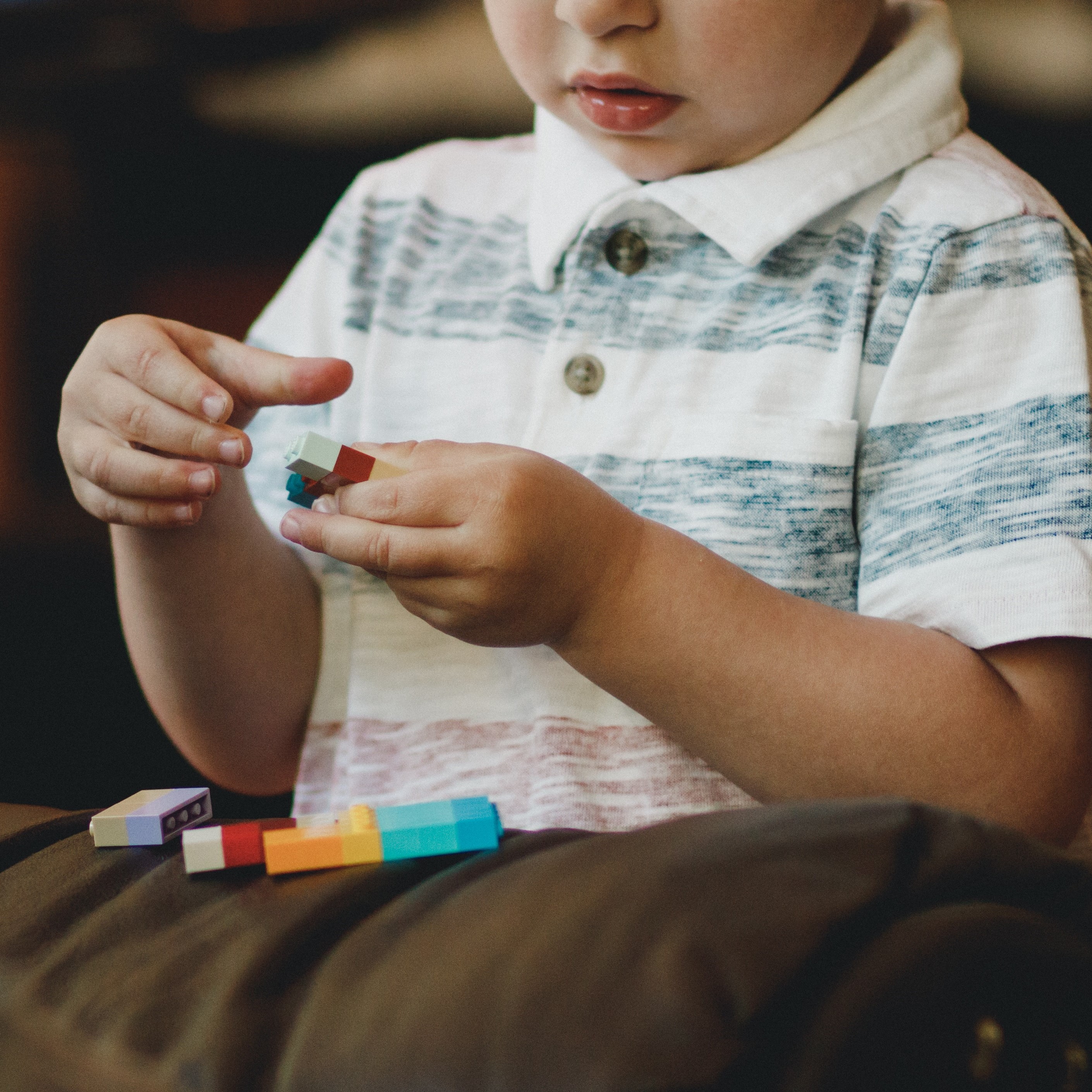 The Impact of “Toy Talk” on Toddlers’ Grammar

What is Toy Talk?

Toy Talk is a technique that parents can use with their toddlers during play. Researchers developed Toy Talk to help parents use sentences that will support their children’s early grammar skills. Parents are a great source of language therapy for their children because parents can use strategies throughout the child’s whole day. Past research has shown that parents are able to learn therapy techniques and that children make progress when parents use the techniques (Roberts & Kaiser, 2011; Hampton & Kaiser, 2016). The current study looked at whether Toy Talk was easy for parents to learn and use with their child. They also studied whether toddlers of parents who learned Toy Talk had better grammar than children whose parents did not learn the strategies.

Toy Talk involves teaching parents two simple strategies to adjust the language they use when playing with their children. The first strategy is to talk about the toys the child is playing with rather than talking about what the child or adult is doing. The second is to label the toys with specific nouns instead of pronouns (e.g., “it,” “he,” “you”). For example, if a child crashed a stack of blocks the parent would say “the tower fell” instead of “it fell.” The goal of Toy Talk is for children to hear a bigger variety of nouns and to more clearly understand which nouns and verbs go together in a sentence.

These two strategies are meant to be used with other responsive strategies such as joining the child in what they want to do with the toys, responding to them every time they make a sound or reach for a toy, and adding on to words a child used to make a longer sentence.

Are All Sentences Created Equal?

Sentences are made up of unique combinations of nouns and verbs, and children learn how words go better by the sentences they hear adults use. If a parent often uses words like “it” and “they”, there are less opportunities for a toddler to hear different nouns, which means that they are going to have less words to combine together when they start making their own phrases. In addition, if parents only talk about what the child is doing or what they themselves are doing they will mostly be saying sentences such as “I ____” and “you ____.” By talking about what the toy is doing they can model how many different nouns can be combined with verbs.

This study compared two groups of parents and toddlers (21 month olds) who were not yet producing sentences. Parents in the Toy Talk group participated in three training sessions over the course of two to three months. The first was a group session where parents were given information on toddler language and grammar development, taught general responsive strategies, and taught the specific Toy Talk strategies. During the other two sessions the parent was filmed while practiced the strategies with their child. Then a trainer reviewed the video with the parent and gave them feedback. Researchers compared the results of this group to data they had from other children whose parents were not given any training. The two groups were set up so the researchers could compare whether results were from the Toy Talk training or just general child development. They looked at the child’s language at 21 months (start of the study), 24 months (right after training), 27 months, and 30 months during play interactions with a parent and an examiner.

The researchers wondered if Toy Talk was easy for parents to learn and if parents would continue to use the strategies over time even when they weren’t reminded to use them. They also wondered if toddlers whose parents learned Toy Talk would have better grammar than those whose parents didn’t use the strategies. Specifically, they looked at the number of different words the child used, the average length of the child’s sentences, the different verbs they used in sentences about themselves, and the number of different words and sentences they used in sentences about another person or toy.

What Were The Results?

The researchers found that Toy Talk is pretty easy to learn and continue using over time. Parents included more nouns during play and more diverse sentences compared to a control group of parents who did not learn Toy Talk. This was true even six weeks after the training ended. The researchers did not find differences in the children’s sentence diversity based on whether their parents received training or not. However, children whose parents used more phrases with nouns in them used a bigger variety of sentences when they were 27 months old and 30 months old. Thus, the language parents used did have an important impact on their children’s language. The gains were small, but since language continues to grow based on what a child knows, the long-term gains could be much larger.

What Can I Do?

The study showed that the language parents use when talking with their children can have an effect on children’s early grammar. Try using the strategies from Toy Talk in your interactions with your child. When you are playing together remember to talk about what the toy is doing instead of only what you or the child is doing. And remember to use specific nouns, labeling each toy, rather than vague language such as “it,” “they,” or “those.”