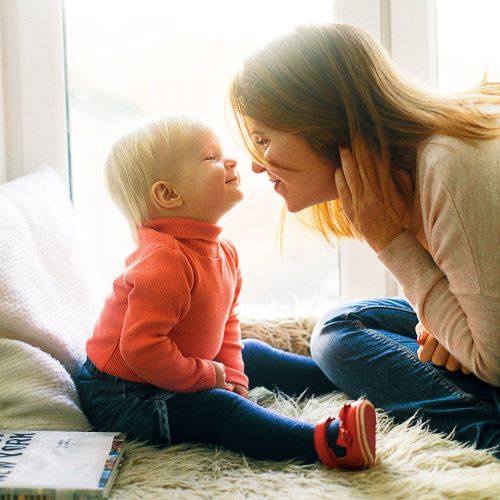 This week we summarize research about parent report of early vocal skills, a social communication intervention, parent satisfaction with school-based services, evaluation of multilingual preschoolers, and the correlation of age of walking with ASD symptoms.

Feel free to reach out if you run into a paywall trying to access these articles.

Efficacy Study of a Social Communication and Self-Regulation Intervention for School-Age Children With Autism Spectrum Disorder: A Randomized Controlled Trial

Social communication is a core difficulty for people diagnosed with autism spectrum disorder (ASD), but there are few evidence-based interventions to target these skills in school-aged children. In this study, the researchers evaluated the efficacy of a social skills group (Growing, Learning, and Living with Autism, “GoriLLA” Group). This intervention blends components from the Structured TEACCHing and Social Thinking curriculums. They found that children and parents demonstrated gains in their knowledge of Social Thinking concepts (social communication and self-regulation) compared to children who had not yet received the intervention. However, these gains did not generalize to parent-child interactions. This study demonstrates emerging evidence for the efficacy of these popular social communication curriculums, but more work needs to be done to confirm their efficacy and understand how to create more generalizable results.

Parent participation in therapy for children with ASD is widely considered to be important for child success. In this study, the researchers aimed to learn more about parents’ perspectives of their children with ASD’s school-based speech-language therapy. After surveying 40 mother-father couples, the researchers found that parents reported low satisfaction with parent-school communication and parent participation. Fathers had less communication with therapists and participated less in assessment and planning than mothers and also had lower satisfaction with communication and planning. While approximately half of parents participated in homework, they reported receiving little support from therapists. These findings suggest that SLPs can increase parent satisfaction by finding new ways to communicate and involve families, and specifically fathers. Providing parents more support for doing home activities with their children may be a good place to start.

Current Methods of Evaluating the Language Abilities of Multilingual Preschoolers: A Scoping Review Using the International Classification of Functioning, Disability and Health–Children and Youth Version

Many SLPs have difficulty finding ways to measure the language skills and outcomes of multilingual children in valid, functional ways. In this study, the researchers reviewed publications looking at multilingual language assessments for preschoolers to see what type of language (morphology, semantics, narrative, and syntax) and which components of the International Classification of Functioning, Disability, and Health-Children and Youth Version (ICF-CY) the assessments addressed. They found that the majority evaluated semantics (e.g., vocabulary), with the fewest assessing narrative skills. Additionally, they found that the majority of assessments addressed the “activity” component of the ICF-CY (how a child executes language-based tasks), with the fewest addressing “participation” (how a child participates in real-life situations such as conversation). These findings suggest that more attention should be paid to assessing how a multilingual child’s language skills affect their participation in everyday situations to provide more relevant and meaningful intervention for these children.

Differences in motor skills are commonly observed in children with ASD, but it is unclear if, and how, motor delays can be used to differentially diagnose ASD from other disorders. In this study, the researchers compared the age of onset of walking in children with ASD, other developmental disorders, and typical development. They found that children with ASD walked significantly later than the other groups. Females with ASD had the latest onset of walking, although the sex difference was non-significant. In addition, delays in walking were associated with autism symptom severity. These findings suggest that age of first walking may be useful in improving early identification of ASD, particularly in females.