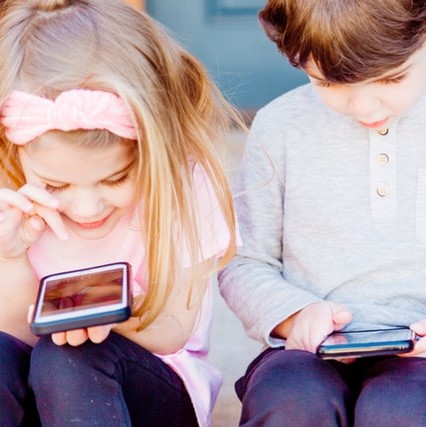 In this week’s edition, we summarize recent research on teletherapy!

Recent research out this week:

Comparing tele-therapy and in-person therapy for parents of children with ASD A Pilot Study Comparing Tele-Therapy and In-Person Therapy: Perspectives from Parent- Mediated Intervention for Children with Autism Spectrum Disorders

There is emerging evidence that tele-therapy may help parents learn strategies in parent-mediated interventions, but less is known about the effectiveness of tele-therapy compared to traditional in-person therapy. In this study, parents were trained in a manualized intervention for children with autism, Project IMPact, using either tele-therapy or in-person training. For the tele-therapy group, clinicians explained strategies using PowerPoint slides and video demonstrations while  encouraging parent questions. Then, the clinician coached the parent to use the strategies while the parent interacted with their child on-camera. The in-person group had similar instruction and coaching about strategies, but clinicians in this group also demonstrated strategies with the child. A one-month follow-up showed significant improvements in child language outcomes and parent use of strategies. In addition, there were no significant differences between the tele-therapy and in-person groups. This suggests that tele-therapy may be as effective as in-person parent coaching of a highly structured intervention, but more research with a larger sample over a longer period of time should be conducted.

These authors reviewed the current research on telepractice. Across the 12 studies reviewed, all reported improved parent and/or child outcomes after a telepractice-based parent-implemented intervention. However, only one of the 10 single-case studies and one of two group design studies met standards of scientific rigor and quality. In addition, all of the studies were solely with children with ASD. Although there is growing evidence of the effectiveness of parent-implemented intervention using telepractice, more rigorous and diverse scientific research is needed to fully understand what specific components may contribute to intervention success.

A couple notes about the strategies used in these studies:

In this study, researchers compared parents’ self-efficacy and involvement in therapy for their children with hearing loss (2 months-8 years old) delivered in-person or via telepractice. They found no differences in parent self-efficacy or involvement in services between the delivery models.  They did find differences in self-efficacy and involvement based on socio-economic status, hearing device, and hearing level. Participant characteristics in the telepractice and in-person groups were not evenly matched, so results from the study should be taken with caution; however, this study provides preliminary evidence that the modality of service delivery may not affect the effectiveness of services.

In this study, early intervention providers sent text messages to families with reminders about learned language strategies and activity ideas they could use with their child. They did not find any statistically significant results between the group that received text messages and the one that didn’t. However, they did find that parents who received a greater number of text messages used more language strategies during the week and were more engaged during therapy sessions than those that received less. And parent’s increased use of strategies were associated with children’s language skills. This suggests that text-messaging may be an effective, low-cost way to improve parent and child outcomes. Future studies should focus on identifying the ideal content of text-messages and how to increase use for families with limited cell-phone access.