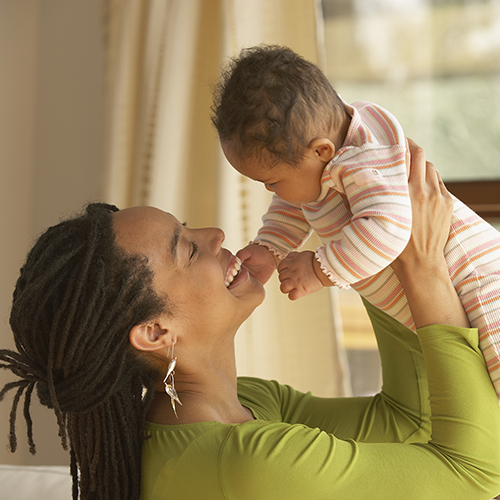 Parent-Delivered Intervention in Infants at Risk for ASD

Social attention is the ability to focus one’s attention on important social cues such as faces. This study tested whether teaching parents strategies for interacting with their infants could improve social attention in infants at risk for ASD. The study compared two groups of infants who were randomly picked to receive a parent-delivered therapy program or ongoing assessments without therapy. The 10-week therapy program, called Promoting First Relationships (PFR), focused on increasing parents’ responsiveness to their infants’ communication. Some of the infants were at high risk of ASD because they had an older sibling with autism while others were at low risk because they had no family members with ASD. The researchers tested all of the infants at the beginning of the study, 6 months later, and 12 months after that. They observed how the infant’s attention to faces changed over time. They compared differences in those who received therapy versus those who did not and infants at high risk of ASD versus those with low risk. Differences between the groups helped them understand if the treatment worked to improve social attention and with which types of infants it worked.

The authors also investigated how to measure infants’ social attention using tests of their brain activity (EEG). EEG results are a potential way to detect ASD in infancy, and the test may be more sensitive than a human observer at this age!

The researchers found that infants at high risk of ASD who received the therapy program showed improvements in their social attention. These improvements were seen in typical behavior assessments (looking at pictures of faces compared to pictures of toys) as well as in brain scans. These results are another piece of evidence that parent-delivered therapy can help improve young children’s social skills. Unique to this study is the finding that doing parent-delivered therapy with infants at high risk of ASD can potentially impact the way the infants’ brains process social cues. This may be a new avenue for treatment.

In one of our previous blog posts, we talked about the importance of detecting ASD early in life and a new way that may be possible. We also discussed the benefits of starting therapy as soon as possible. Here the authors present a specific way therapy may improve a child’s skills before we are currently able to diagnose ASD!

Continued growth of the ways in which researchers can use brain activity to detect behaviors is a key part of this study. Brain activity measures for diagnosis or screening are very exciting, but as of now there is still much work to be done for them to be potentially used by speech-language pathologists or pediatricians. In the meantime, this is another great piece of evidence that teaching parents strategies to use with their children is feasible and beneficial.