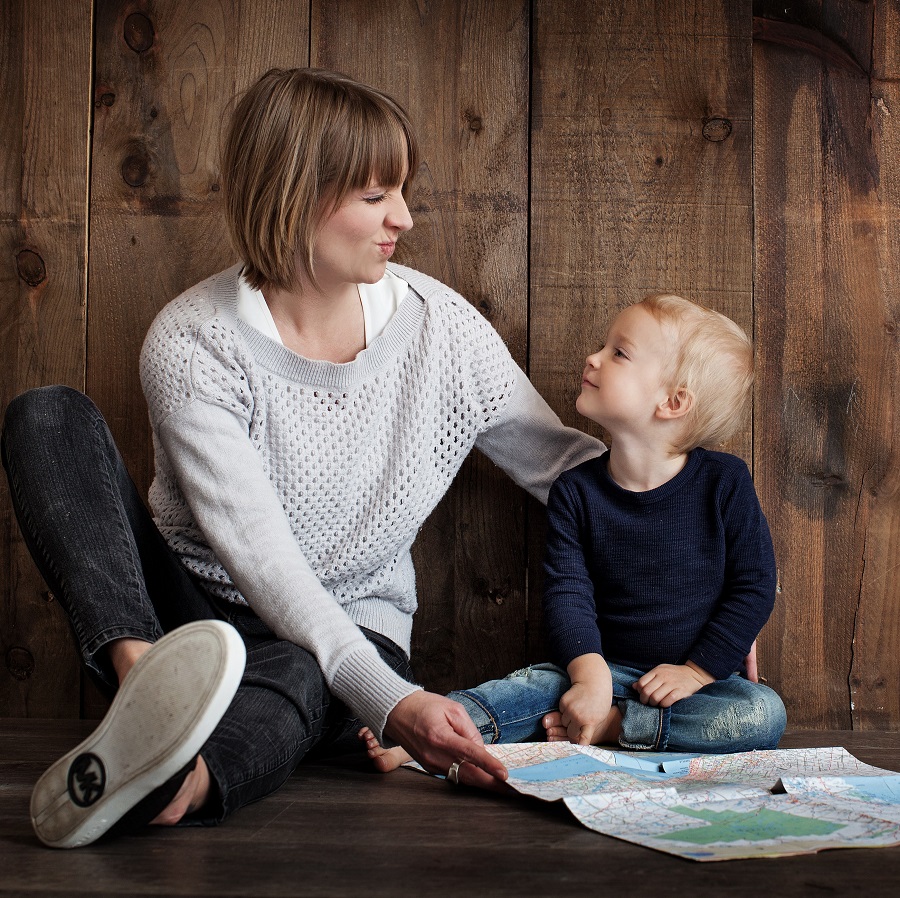 It’s Not Always What You Say, But HOW You Say It!

Emerging research highlights the role of adult language in helping children who struggle with grammar.

Some children have language delays even though they do not have hearing loss or a general developmental delay. These children are known as having specific language impairment (SLI). Research has shown that, for the vast majority of children with SLI, the type of speech parents use with their children does not cause their delays. However, the type of language parents use can play an important role in helping their children’s language skills. The type and amount of language use when speaking to children is often referred to as “input.”

Current research has begun to look at how to customize input to focus on a child’s specific area of difficulty. Children with SLI often struggle with grammar. Specifically, they often have trouble with using past tense (e.g., pushed), present third person singular (e.g., the boy’s cat), irregular past (swam), and “to be” verbs (e.g., is, are, am).  Figuring out the specific weaknesses in a child’s language allows the therapist and parent to provide more focused and successful therapy for them.

The current article examined three different therapy approaches designed to help children struggling with grammar. All of them have been tested with children without language delays. All approaches were found to be easy to use in treatment and had a positive impact on children’s skills after the treatment.

The first intervention approach encourages adults to use more nouns than pronouns (e.g., “The dogs run fast” instead of “They run fast”), use the full word “is” (e.g., “She is tall” instead of “She’s tall”), and to start questions with “to be” verbs (e.g., “Are you getting milk?” instead of “You getting milk?”). One easy way parents can use more nouns than pronouns is by commenting about the actions of the toys during play instead of talking about themselves or their child. For example, while playing with a farm set, a parent would say “that pig likes to sleep” or “the horse is eating” rather than “You really like that horse.”  By using this strategy, parents are able to use many different nouns and verbs.

The second intervention approach involves using declarative statements (e.g., “the dog is fast”) and asking questions where the tense matters (e.g., asking “Is the girl dancing?” when the girl had stopped dancing). The approach encourages input of these types of statements and questions while also discouraging other types of input that could be confusing to children. Parents can easily use these types of statements while playing with their child, saying things such as “the tower is tall,” and “the bucket is full.” They can also help children understand why they answered a tense question wrong. For example, explaining “No, I asked is the baby crying, and see, right now, she is not.”

The third approach is based on using a lot of different nouns and different verbs. For example, instead of saying the same verb like “runs” and “plays” a lot the parent would use many different action words like “runs,” “plays,” “jumps,” “sees,” “hears,” “reads,” “opens,” “eats,” etc. And instead of only using “he” and “she” the parent can say “Dad,” “the tiger” “Molly,” “the boy,” etc. This approach should be adjusted based on the child’s area of difficulty. For example, if a child was struggling with past tense verbs, the parent would try and use a lot of different past tense verbs. This can result in the child using past tense verbs correctly more often, as well as using a larger variety of these words.

This research shows we are heading in a new direction when it comes to how input can be changed for children who struggle with grammar. These approaches need more research behind them to determine which works best for children with SLI, but parents can learn from the early findings. Instead of only trying to increase how often adults are talking to children with language delays, these approaches change exactly what words to say and what sentence structure to use in order to have the biggest impact. A little thought behind what we say as parents and therapists can go a long way!