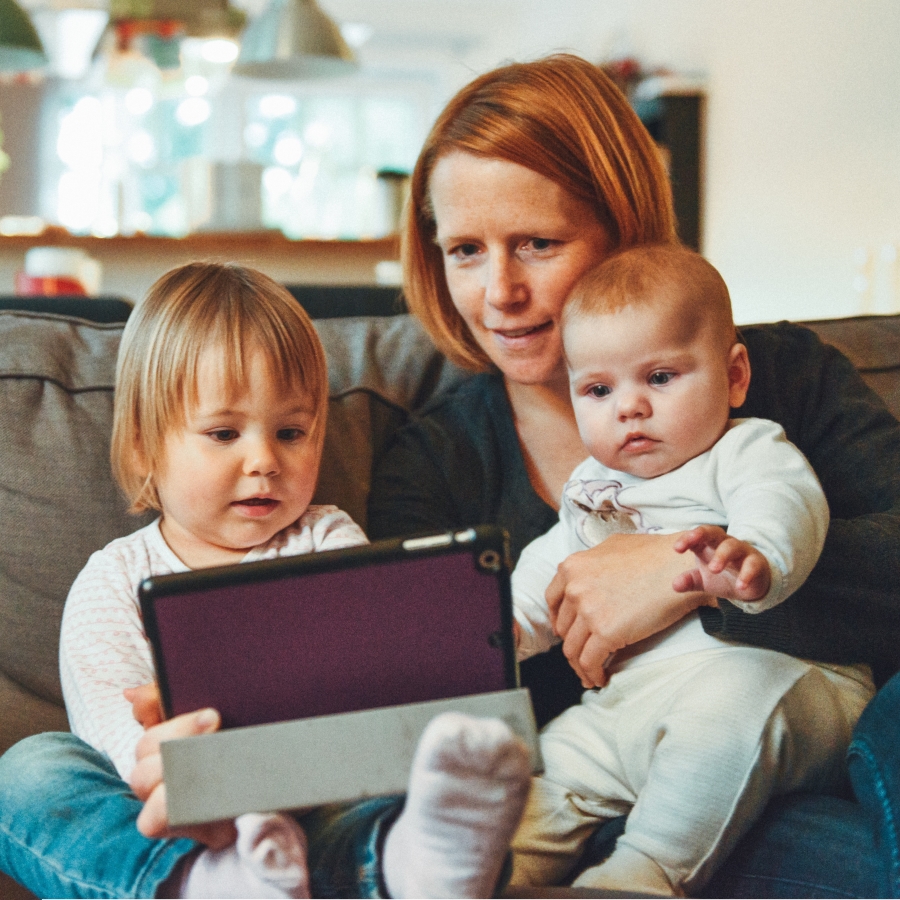 The Impact of Media on Child Communication Skills

American Association of Pediatrics Guidelines 2016
As of 2016, The American Association of Pediatrics advised that children 18 months of age should not be exposed to screen media. However, if parents choose to introduce their children to media between 18 and 24 months of age, they recommend that parents use high-quality programming, such as PBS and Sesame Workshop, and engage in the media together with their child.

Media Surrounds Our Children Every Day
It is not difficult to think about the countless ways media is present in our daily lives and, in particular, the lives of young children. From TVs, computers, phones, tablets, and other mobile devices, media is present in everyday life inside and outside the home. According to Zero to Eight: Children’s Media Use in America 2016, 3 out of 4 kids have access to mobile devices at home, and the number of kids who have used mobile devices has doubled since 2011.

New Research Investigating Screen Media and Child Communication Skills
New research conducted this year indicates that the more time children under 2 years old spend playing with mobile electronic devices (smartphones, tablets, etc.), the higher their risk of a language delay. In fact, researchers reveal that for each 30-minute increase engaging in handheld screen time, there was a 49% increased risk of language delay.  In other words, children who engage in a lot of electronic media are more likely to fall behind in their spoken language skills.

What this Means
This new research supports the 2016 American Association of Pediatrics’ recommendation to discourage any kind of screen media exposure in children younger than 18 months. Other researchers looking at the relationship between media and child communication skills have highlighted the importance of parent-child interactions while watching media. Through these interactions, parents model language and engage their children in conversation. These interactions are critical in helping children learn language skills. In other words, only having children watch media is not an effective way for them to learn language; it is important to have two-sided interactions while using media with your child.