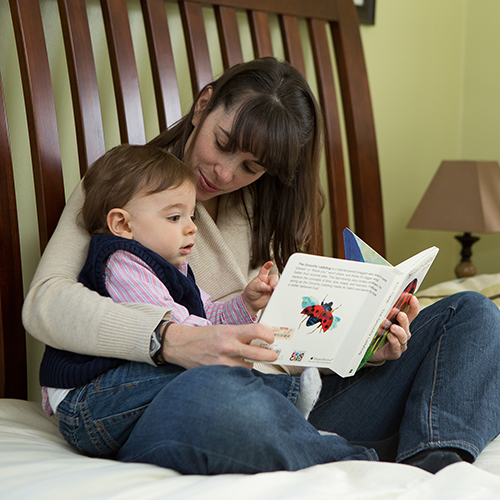 According to the Diagnostic and Statistical Manual (DSM V), one of the primary criteria for the diagnosis of Autism Spectrum Disorder (ASD) is a persistent deficit in social communication (American Psychiatric Association, 2013). Social communication involves the use of language and gestures to interact with others. Very young children often display emerging social communication skills by combining gestures such as pointing with eye contact or vocalizations to share experiences or make requests. Children with Autism Spectrum Disorder may have difficulty using language to express their wants and needs, as well as difficulty understanding language, such as following directions. To simplify directions and provide clear language models for young children, professionals and parents may choose to speak in shorter phrases.

When shortening language to interact with young children, two approaches are generally utilized, namely, telegraphic and grammatical simplified speech. Telegraphic speech marked by the use of content words from which grammatical morphemes such as adjectives and articles may be dropped. This kind of talk is observed in typically developing toddlers as they begin to put two words together to speak in short phrases. Grammatical simplified speech is similar to telegraphic speech as it is shorter than a typical adult utterance, but unlike telegraphic speech, grammatical features are retained. To illustrate the difference between the two language simplification strategies, see the table below that displays three typical adult utterances and how they might be simplified telegraphically and grammatically.

Many interventions designed for children with language impairments and ASD advocate the use of simplified speech in interactions to reduce the complexity of directions and in modeling expanded utterances for the child. Behavioral educational approaches for children with ASD, such as discrete trial teaching propose to teach beginning phrases telegraphically (Lovaas, 1981). The justification for using telegraphic speech is that a child who is able to label an object with a single word ,such as “balloon” is more likely to be able to repeat the telegraphic phrase, “balloon pop” than the grammatically simplified, “The balloon popped.” Lovaas teachers will begin to teach correct grammar use only once a child has displayed a level of proficiency with target words and simple two-word phrases. Some naturalistic educational approaches such as enhanced milieu teaching, also incorporate telegraphic speech for children with limited expressive and receptive language abilities.

A recent study published in the Journal of Speech, Language, and Hearing Research by Venker and associates examined the relationship between parent use of telegraphic speech and child spoken language abilities for preschoolers diagnosed with ASD (Venker, Bolt, Meyer, Sindberg, Weismer & Tager Flusberg, 2015). The researchers transcribed videos of parents playing with their child for 15 minutes at two time points approximately one year apart. They used these transcripts to determine how often parents used telegraphic speech, the mean length of child utterances (MLU) and the mean number of different word roots used by the child per minute (NDW). MLU represents the average length of the child’s phrases or sentences, and NDW is the diversity of the child’s vocabulary or how many different words they use. The researchers found that children whose parents used more telegraphic speech at baseline produced fewer different word roots (NDW) one year later even when controlled for the child’s cognitive and language abilities at baseline. MLU was not significantly related to parent telegraphic speech.

What does this mean for parents and clinicians who work with young children with ASD?

The findings of this study suggest that using telegraphic simplifications with young children diagnosed with Autism Spectrum Disorder may hinder their language development, specifically the development of a robust vocabulary. Although telegraphic speech is a component of many evidence-based interventions for children with ASD, it may be worth additional studies to determine whether grammatically correct simplifications are preferable alternatives to telegraphic speech in enhancing the development of communication in children with Autism.