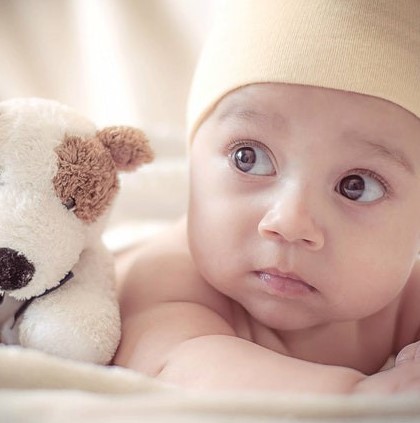 Can training parents in contingent talk with their infants promote language development across socioeconomic status?

The Importance of Language Development

Language development is an important aspect in a person’s life. Early language skills can indicate a child’s future academic performance and his/her social well-being (Field, 2010). Therefore, researchers look for patterns that predict differences in language growth between groups of people. They also study ways to close the gap for groups that have slower growth.

One factor that can influence language growth is socioeconomic status (SES).  SES is determined by a family’s education, occupation, and income compared to others. Children from lower SES families tend to have limited language skills compared to children from higher SES families (Locke, Ginsborg, & Peers, 2002).  In some cases, research shows that training parents how to use language strategies with their child can help their child’s language development. However, the research done with low SES families hasn’t always shown these results.

Contingent talk involves talking about what the child is focusing on. For example, if the infant was petting a dog, the caregiver would say words like “dog” and “pet”. Previous research suggests that this method of communicating can help infants learn more words and lead to significantly larger vocabulary as toddlers (Tomasello & Farrar, 1986) (Akhtar, Dunham, & Dunham, 1991). McGillion’s team hypothesized that the difference in language skills in children from low and high SES families may be due to differences in the caregiver’s contingent talk during infancy.

The research team divided families participating in their study into two groups. There was a contingent talk intervention group and a control group. High and low SES families were spread across both groups.  The intervention group watched a short video about contingent talk including clips of caregivers engaging in contingent talk with their infants. They were then asked to practice contingent talk with their child for 15 minutes a day for a month. Families in the control group watched a video on infant dental health and healthy eating. The infants were 11 months old when they started the study, and they were tested at 12 months, 15 months, 18 months, and 24 months to see how their language was changing over time.

Findings from before intervention showed that infants from low SES households heard less contingent talk than infants from high SES households. Although there was no difference in the number of words the infants heard, low SES infants heard less words related to what they were focusing on. This lends support to the idea that low SES caregivers may benefit from learning how to use more contingent talk.

Infants from the contingent talk group were also reported to use significantly more words at 15 and 18 months compared to infants in the control group. Again, this result was true for both high and low SES families.  This shows that improved caregiver responsiveness can lead to improvements in young children’s vocabulary.

Caregivers from high and low SES households can be trained to use more contingent talk with their infant by watching a short video model. In addition, increased contingent talk from caregivers can lead to gains in toddlers’ vocabulary.

Parents of young children, you too can engage in contingent talk! When you are interacting with your baby remember to notice what they are focusing on and talk about it!

Locke, A., Ginsborg, J., & Peers, I. (2002). Development and disadvantage: Implications for the early years and beyond. International Journal of Language & Communication Disorders, 37, 3–15.