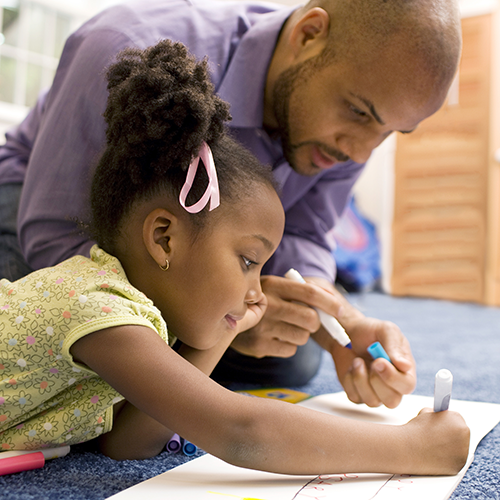 The relationship between parents and teachers is essential for facilitating your child’s academic success. Developing Individualized Education Programs (IEPs) and ensuring that your child is receiving all necessary services requires consistent communication between parents and educators. Communicating successfully with teachers can improve services and outcomes for children with ASD, and can ease stress related to caregiving. However, communication breakdowns can occur between caregivers and teachers, which may influence the success of an intervention and the ability to find solutions to problems that may occur in the classroom or at home.

To better understand how caregivers of children with ASD and educators can improve communication, Gazi Azad and David Mandell from the University of Pennsylvania investigated how well-aligned concerns about the child were between these groups. Their first study question was whether parents and teachers had the same concerns regarding the child’s progress in school. The second goal of the study was to identify what parents and teachers discussed together when they had meetings, to see whether these concerns were being addressed effectively.

To complete the study, parents and teachers were interviewed separately about their top two concerns about their children and students, respectively. These concerns were instructed to be listed in order of importance. Then, parents and teachers were observed in a brief meeting together to discuss the child and any areas of concern. The investigators identified areas that teachers and parents had similar concerns, and where they did not overlap. They also examined whether the concerns they had indicated were discussed in the meeting between the caregiver and teacher.

In over half of all meetings between caregivers and teachers, concerns that neither the teacher nor the parent had indicated was a primary or secondary concern were left undiscussed. Just over 10% of all meetings included a discussion of concerns that were primary for both parents and teachers; however, none of these meetings addressed social interaction or restricted, repetitive, or stereotyped behaviors.

This study identified areas of concern that were common to both parents and teachers, and how these concerns were addressed in meetings between the two groups. Importantly, parents and teachers had common concerns about the child, but did not necessarily discuss these concerns in meetings together. The authors suggested a few reasons why this may have been the case. First, parents and teachers may not feel comfortable with one another, and this may be affected by differences in what both groups think is the cause of the concern, and how much each group trusts one another.  Second, neither parents nor teachers typically receive training on the most effective way to communicate with the other, resulting in differences in how to approach difficult conversations that can involve some negotiation and compromise.

What can you do?

In order to have the most successful relationship with your child’s future teachers, it will be important for you to have a clear idea about the concerns you have for your child. To make sure you feel confident expressing those concerns, it may be helpful to write them down. In this way, it will be clear where you and the teacher overlap, and identify the best ways to problem-solve those concerns. Additionally, it will important to follow up on how your concerns are being addressed. If your concerns are not being targeted in the classroom, identify what the reasons are for that, and the best ways for those concerns to be met moving forward.