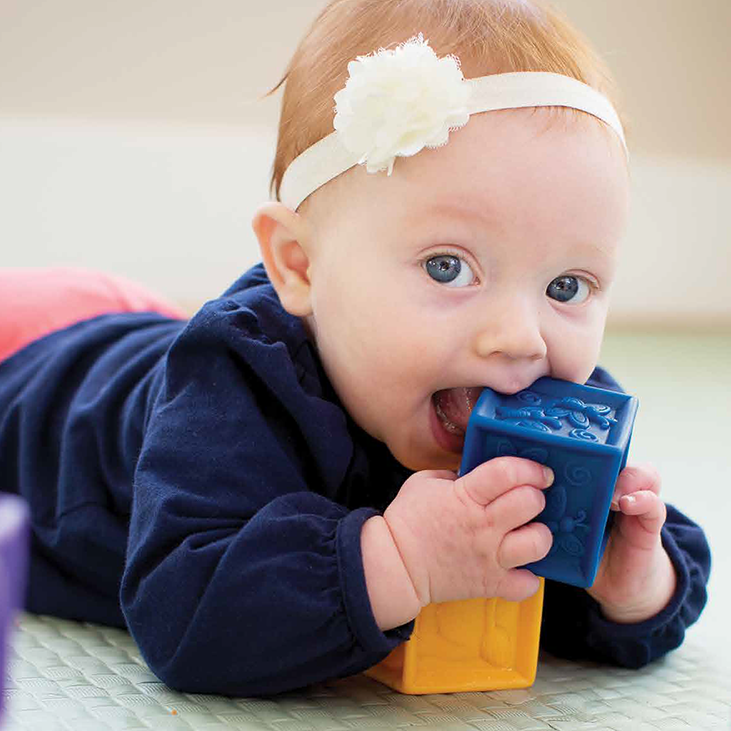 A new research study by Hazlet et al. (2017) considered the possible connection between brain growth, development, and autism spectrum disorder (ASD) in infants. Due to older research studies, they knew children with ASD tend to have larger brains than their peers without ASD. Therefore, the authors wanted to investigate when this increase in brain size occurs. ASD is typically diagnosed around 24 months of age; the researchers predicted that children who would get diagnosed would show differences in their brain development earlier in life.

To test their prediction, the researchers monitored brain growth in infants who were at high and low risk for ASD. The high-risk infants had an older sibling who had been diagnosed with ASD while the low-risk infants did not have any immediate family members with ASD. To capture brain growth, the researchers used a magnetic resonance imaging (MRI) machine. The machine produces images of the brain which helps researchers determine more information like the brain’s volume and thickness. Using this technology, the researchers watched how the participants’ brains developed and changed between 6, 12, and 24 months of age.

When the children were 24 months old, they were all tested for ASD. Some children in both groups received a diagnosis while others did not. The researchers used the information to look for differences in brain development between the children who did and did not get diagnosed with ASD. Specifically, they looked at the rate of growth in brains’ cortical service area (i.e., the tissue surrounding the brain) and brain volume (i.e., the amount of space the brain takes up).

The researchers found that children at 6 and 12 months who had extra growth in their cortical surface area had brains that were larger in volume at 24 months. The children with the faster brain growth and larger brain volume were also more likely to be diagnosed with ASD.

The researchers also found that children whose brains grew at the fastest rates and had the greatest brain volumes had more difficulties with social interactions. The data suggests a sequence where over-expansion of the brain’s surface area is an early event in infancy that leads to brain overgrowth and emerging symptoms of ASD by toddlerhood.

These findings are important for several reasons. First, the earlier children are diagnosed with ASD, the sooner they may receive services such as early intervention. In general, the earlier children receive services, the better their outcomes for language and social development. Additionally, if an increased rate of brain growth and volume is predictive of potential problems with social interactions, interventions may be tailored to focus on the development of such social skills.

Future research studies are likely to try to replicate these results to provide further support for neuroimaging as a diagnostic tool for ASD. Regardless, the present study provides promising insight towards to future of ASD screening and diagnosis with the hopes of connecting families and their children to services sooner rather than later.